Why You Should NOT Give Gifts Containing Bible Verses I believe that there are times when you should NOT give gifts with Bible verses on or in them. This statement may seem strange coming from someone who creates and sells lots of Bible Verse Gifts.

However, I believe that sometimes giving Bible Verse Gifts or overtly Christian gifts can actually do more harm than good.

If the person you are giving a gift to is someone who knows and loves God and would be encouraged by a gift with his or her favorite Scripture on it, and would make them feel loved because you are giving them something that you knew they would really like, then go for it. That would be a great time to give a Bible Verse gift, like a prayer journal, Bible Verse Wall Art, Christian tshirt or even my Delight in the Word of God devotional coloring book. BUT, if the person you are giving a gift to is not already interested in God and His Word,

then giving them a gift containing Scripture can actually make them feel like you care more about your “agenda” or your “religion” than you care about them. The main thing God desires for us to do is #1 love Him and #2 love people (who are all his children.)

Yes, God wants everyone to receive Jesus as Lord and Savior. And yes, God does want us to tell people who don’t know him about Jesus. However, why would they want to know God if we who claim to know him best, don’t show them love?

I have also seen a couple of words added to this quote, which makes it even more powerful…

A few years ago I was visiting with my friend about her grown son. She longed for him to be more interested in the things of God, and so, every year for his birthday and Christmas, she would give him some “Christian” gift in hopes that it would cause him to love God the way she did. But it had the opposite effect. He seemed to be going in the wrong direction, and furthermore, her relationship with him became more strained.

So one year she decided to just give him something he would actually like for his birthday, even though it seemed very “unspiritual” to her. Her son was very into tattoos. He had several already and was always talking about what tattoo he was going to get next. Even though my friend did not really like tattoos, she gave her son a tattoo magazine.

What do you think his response was?

Of course, he loved it!!! It made him feel really loved and valued. And after that, my friend’s relationship with her son began to improve. He also began to become more interested in the things of God.

So I encourage you to ask yourself these questions before giving a gift that contains Bible verses:

If, after answering these questions, you determine that giving a Bible verse gift, might do more harm than good, don’t despair. There are plenty of other gifts you can give that will actually soften a person’s heart toward God more than a gift containing Scriptures. Gift giving can be a great way to show people how much you care about them… if you do it with the right motivation, and give them something they will actually like.

I believe this is why God has led me to begin creating and selling more gift items that do not contain a Bible verse or that are not overtly “Christian.” Read more about my decision HERE and discover How to Choose a Gift That Shows You Care. Hi! I'm JoDitt...
I love art, design, technology, creative worship, and especially, The Word of God. I use those passions to cultivate DELIGHT in the Word of God and to help Marthas connect with Jesus like Mary.

Artist/Author of "Delight in the Word of God - Volume 1: Favorite Scriptures" - a Devotional Coloring Book/Journal for Adults and Teens 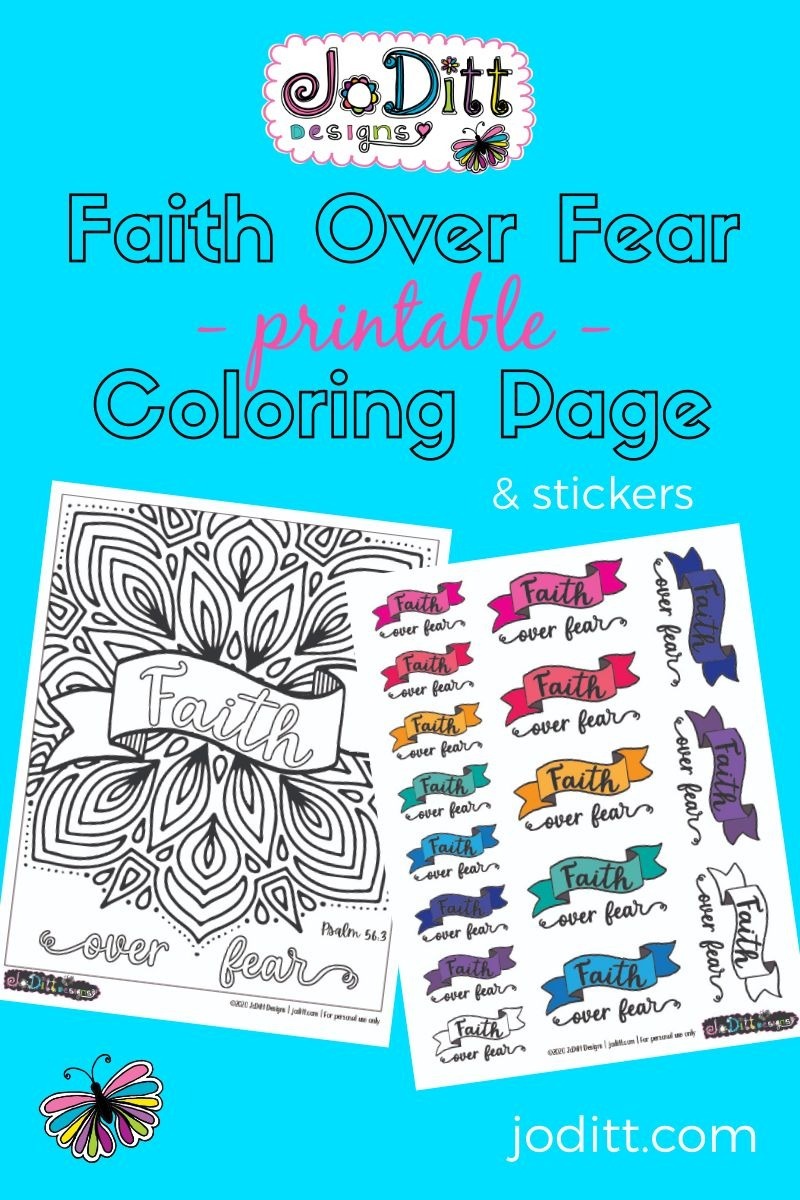